What is fundamentally wrong with the investment industry
And why we need to fix it now
Last week marked a revolutionary milestone for the financial industry. Coming into force of the EU's Sustainable Finance Disclosure Regulation (SFDR) obliged asset managers to consider sustainability-related risks in their investment decisions and to be transparent on how exactly they are doing that.

In Luxembourg, one of the world's largest investment funds hubs, where total assets under management have just hit an all-time record of EUR 5 trillion, many were struggling, trying to implement the new requirements with the minimum disruption for the "business as usual". And while lawyers were working hard on updating prospectuses before the regulatory deadline, how many meetings were held in asset managers' boardrooms to discuss the new strategic imperative and the operational changes needed to support it?
Photo: Adam Wilson
Widely discussed in the industry circles in the preceding months, this major regulatory change has been received by many industry players as "yet another regulatory hassle" that would only increase the regulatory compliance pressure on the asset management industry.

A recent study by PwC Market Research Centre showed that 77% of institutional investors intend to stop purchasing non-ESG products within the next 24 months. On the other side, only 14% of European managers intend to stop launching non-ESG funds within the near future. The gap is even more dramatic when private investors are factored in: according to a 2019 Morgan Stanley report, 95% of millennials, who will at some point inherit an estimated $30 trillion of wealth from baby boomers, are interested in sustainable investing.

The world has changed, and so have the investors' preferences. New "light-green" and "dark-green" products are being launched at an increasing speed to keep up with the growing investor demand. Yet it is the reluctance of assets managers to let go of their native "brown" strategies that is a strong warning signal that the industry as a whole is in major disconnect with the reality.

The key failure of the current financial system is caused by the prevailing risk & return models, which serve as the system's cornerstones, yet are fundamentally, and dangerously, incomplete. Take the model known as "capital asset pricing model", or CAPM, introduced by Sharpe in mid-60s, which is still widely used today by professional investors. Designed to calculate an acceptable level of return for a given level of risk, the model fails to fully incorporate the entirety of applicable risks, on one side, and does not account for non-financial returns, on the other.

In practice, that means that social and environmental risks (that is, risks of pushing the "social foundations" and "planetary boundaries" of the "doughnut" economics by Kate Raworth), are largely disregarded in the standard investment analysis. Underestimating those risks leads to "false positive" profitability of conventional economic activities (e.g. fossil fuels, plastic production, extensive demolition practices in the construction industry) that actually destroy value, should we take a larger and more long-term perspective. While delivering short-term financial return to investors, such investments disproportionately harm the world's least developed areas, less affluent social groups — and inevitably backfire on the global environment, putting the entire population of the planet in danger.

On the return side of the asset pricing model, attempts have been made to design an add-on "gamma-factor" to account for the positive impact generated by the activity being analyzed. However, this practice is yet far from common, while the mainstream model is ignorant of the positive non-financial returns. Limiting return considerations to financial returns, which tend to be extremely short-term, linked to annual accounting cycles and related KPIs, means under-funding of potentially lucrative business ventures (financially, but also environmentally and socially so), and leaves us with sub-optimal pace of sustainable economic progress.

Lack of long-term vision and the failure of the system to price in the sustainability risks creates a false sense of security and profitability of many investment strategies, which are ultimately destroying value for investors.

In their February 2021 report on the energy sector, ReThinkX visionaries Adam Dorr and Tony Seba warn about the trillion-dollar bubble that has been forming over the past decade in conventional energy assets:

"A large and rapidly-expanding global financial bubble now exists around conventional coal, gas, nuclear, and hydro power energy assets. This bubble has in part been created by mainstream energy analyses that have, for the last decade, significantly underestimated the levelized cost of electricity (LCOE) from conventional power plants because they assume these plants will be able to successfully sell the same quantity of electricity each year from now through 2040 and beyond".

This assumption, as the authors of this insightful study demonstrate, is fundamentally wrong. The capacity factor of conventional energy producers has been dropping since 2010 and will fall dramatically over the next years due to energy market disruption caused by alternative technologies. In the UK alone, the capacity factor of coal producing plants has fallen from 58% in 2013 to just 8% by 2019 - still, such capacity factors are assumed constant at up to 85% for the entire life of prospective coal plants by multiple analyses produced by reputable sources, including the International Energy Agency and the World Bank.

Carbon neutrality can be achieved quicker and cheaper than expected, claim Dorr and Seba: not only solar and wind power have already reached cost parity — the conventional energy technologies are simply no longer competitive, as the "mainstream analyses underestimate the per-kilowatt-hour cost of coal, gas, nuclear and hydro power of up to a factor of 4".

A key implication for the asset management industry is that conventional energy assets today are severely, dangerously mispriced. We have seen credit ratings mispricing subprime mortgage assets in a very similar way — that led to the infamous housing bubble. In their article "Macroeconomic impact of stranded fossil fuel assets", Mercure et al. confirm "the existence of a carbon bubble that, if not deflated early, could lead to a discounted global wealth loss of US$1–4 trillion, a loss comparable to the 2008 financial crisis".

Flawed assumptions in valuation models lead to a significant risk of stranded assets. Last year, facing lower demand for oil both in the short and long term, BP wrote down $17,5 billion "in the decision to not exploit some existing resources". As much as $20 trillion of assets on today's balance sheets could turn out to be worthless, warns the Bank of England — that's one quarter of the global GDP.

Obviously, to get exposed to that risk one does not have to be invested only and directly in the conventional energy; a number of industries (i.e. fishing) exhibit similar patterns of mispricing based on unrealistic assumptions, and many others are subject to indirect exposure to fossil fuels, including the banking sector — see, for instance, the total fossil fuel financing by year (in the years that following the adoption of the Paris agreement) by the world's leading banks: 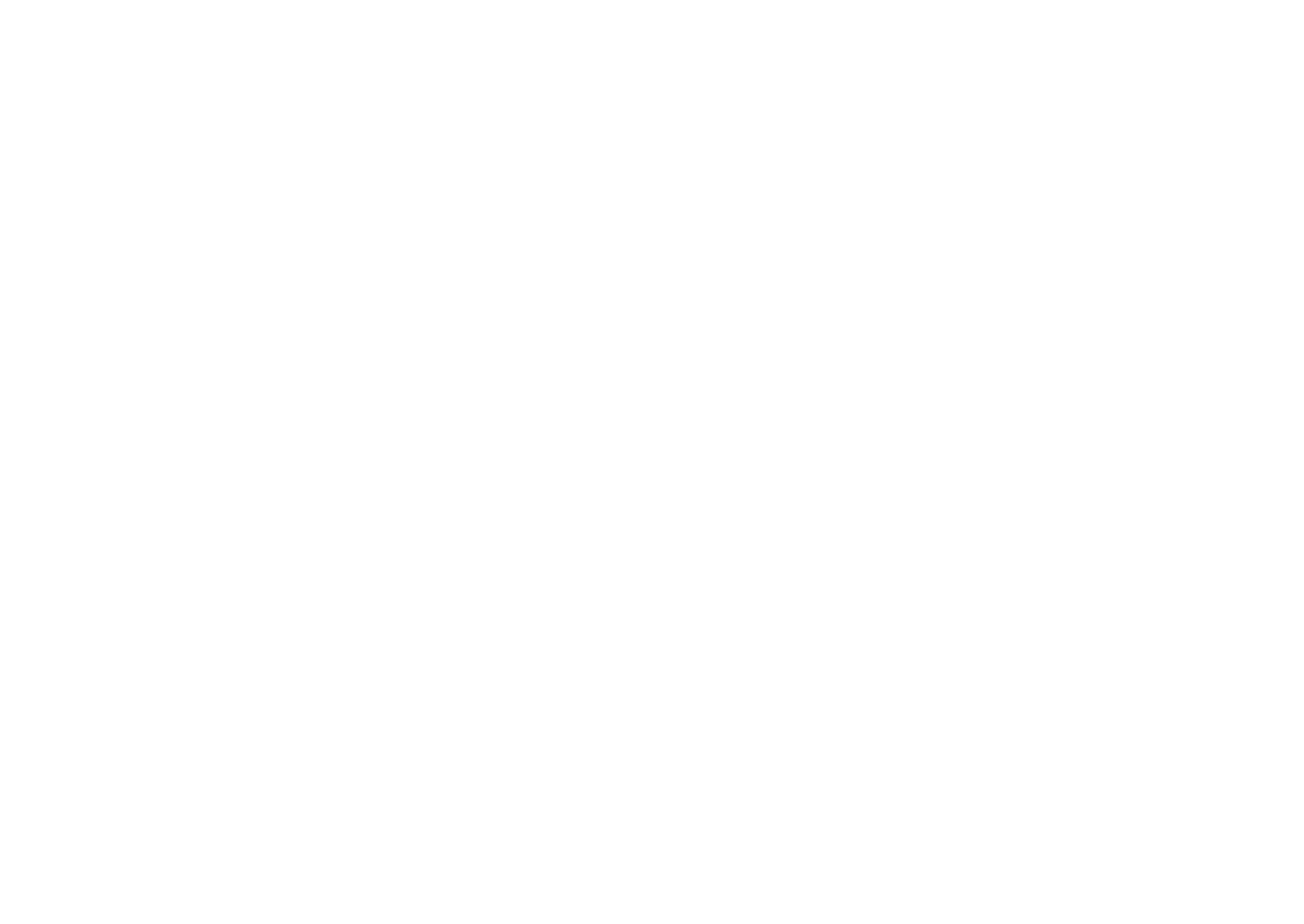 The global economy today is highly interconnected — yet a large part of the financial system remains a "black box" of investing due to the major disconnect between the providers of capital and the uses it is put to. How many of you do actually know where exactly your future pension is currently invested in? What kind of economic activity does it provide financial support to — in the form of equity or loans? Whenever you make your personal steps towards more sustainable living — by cutting your meat consumption, reducing your plastic pollution and making more responsible consumer choices — does your pension or insurance portfolio follow the same principles, guided by the same values?

To prevent catastrophic consequences, we need more than a significant change, we need a paradigm shift. Changing the direction, as well as the modus operandi. Launching into the unknown not only takes courage, it requires true leadership.

To illustrate the difference between managers and leaders, Stephen R. Covey shared a story about a group cutting through the jungle — with some people ("producers") clearing the way with machetes, "managers" behind them sharpening the machetes, arranging muscle training programs and providing improved technologies. The leader is the one who, having climbed the tallest tree, explores the entire situation and yells, "Wrong jungle!"

It's time to acknowledge that we ARE in the wrong jungle, and move out of it quickly.

All changes come at cost, and re-orienting finance towards sustainable future would not be an exception. However, the benefits of this move significantly outweigh the initial investment. Let's look into these in more detail.

And the truth is, not changing the paradigm is not an option anymore. A recent review and clarification of the definition and scope of fiduciary duty conducted in collaboration between the PRI and UNEP FI, led to a clear conclusion: incorporating of ESG considerations into the investment analysis and decision-making processes is an inherent part of fiduciary duty. Consequently, failing to incorporate ESG issues equals failing the fiduciary duties and might be "increasingly likely to be subject to legal challenge".

Sustainability is not anymore a "nice to have" feature — it's a direct obligation of all investing in the real economy. Disruptive changes ahead of us will allow those embracing the change to reap a number of attractive opportunities.

The roadmap is simple.

So when should you start? — Yesterday.